Our broken Congress has work to do and a $$$ addiction.

The Explosion of Campaign Spending

In 2012, the Democratic Congressional Campaign Committee informed the newly elected freshman that they should spend FOUR HOURS PER DAY in fundraising!

In 2013, lobbying spending was $3.24 Billion - a fortune spent by an industry that produces nothing but preferential legislation!

There are 418 FORMER members of Congress who are CURRENTLY working (for big bucks) as lobbyists... This smells like bribery - and must be illegal!

Whose Government Is It?

We need a Constitutional Wall of Separation between our government and the corrupting influence of big campaign donations!

We're here to break that addiction - and get Congress working again! 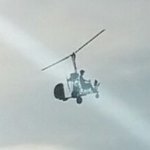 WOW! I have to explain why I haven't been posting here. The notifications of your comments went to my spam folder. Sorry!

The web site was designed to inform. Now I see that there's the opportunity to have a dialogue directly with you - regular folks like me - who have been inspired to take action to end corruption in Congress.

I'm going to make frequent posts here in a blog format. I'm new to this, so forgive my mistakes - I'm getting help. 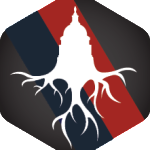 The name Rootstrikers is derived from something Henry David Thoreau wrote —

"There are a thousand hacking at the branches of evil to one who is striking at the root."

Rootstrikers was founded by Harvard scholar Larry Lessig, author of Republic, Lost: How Money Corrupts Congress–and a Plan to Stop It. Rootstrikers is a nonpartisan part of that plan.

Rootstrikers is fighting the cause, not just the symptoms, of the problems in Congress. For more information on Rootstrikers, visit their web site by clicking on the logo above.

Wolf PAC is promoting a Constitutional Amendment. You may not know (I didn't know) that the States can bypass the US Congress completely and change the US Constitution through an Article V Convention.

The Supreme Court decided that it's not legal to place limits on corporations who want to invest unlimited sums in candidates who support their corporate agenda.

The answer to this defect in the Constitution is an amendment which bans corporate money in elections and authorizes the Congress to pass sensible regulation. For more info, click on their logo above to visit their site.
****************************** »

This group is fighting to pass the American Anti-Corruption Act. This is the legislative approach, but they will need a Congress that will pass the act - without loopholes or amendments.

The Act was written by Trevor Potter, a former head of the Federal Election Commission in consultation with constitutional lawyers and a few experts, like Jack Abramoff who went to jail for influence pedaling.

The Vision That Unites Us

An esteemed republican president speaking in 1863 at the commemoration of a veterans memorial concluded with a prayer and an oath that burns true in the heart of every patriot - even in 2015.

"It is rather for us to be here dedicated to the great task remaining before us. . .
that this nation, under God, shall have a new birth of freedom. . .
that government of the people. . .by the people. . .for the people. . . shall not perish from the earth. "

This vision unites us, left and right, young and old, rich and poor, who feel in our hearts that of which Lincoln spoke. The organizations listed here are united in opposition to those who subvert the cause of democracy for their personal gain. Over the centuries, too many have served the cause of freedom for this generation to surrender our democracy to the control of few wealthy men driven by greed or a lust for power. Restoring government of the people is not our task - it is our duty. The power has always been ours, if we only exert that power - TOGETHER!

The Democracy Club is not an exclusive club. If you know of a nonprofit organization dedicated to Congressional reform, have them contact any of us. We'd be pleased to invite them to add their vision to the greater movement.